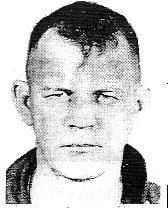 LtCol Lono was a former VMGR-152 vietnam pilot who transferred to VMA-242 to fly A6A Intruders. On 29 September 1969, his aircraft was shot down over Laos and both him and his bombardier were listed as MIA until 2000 when a JPAC investigation found remains at a crash site believed to be that of Maj. Lono's. (later posthumously promoted to LtCol. In 2001 the remains of the crash site were confirmed to be that of Maj. Luther A. Lono.