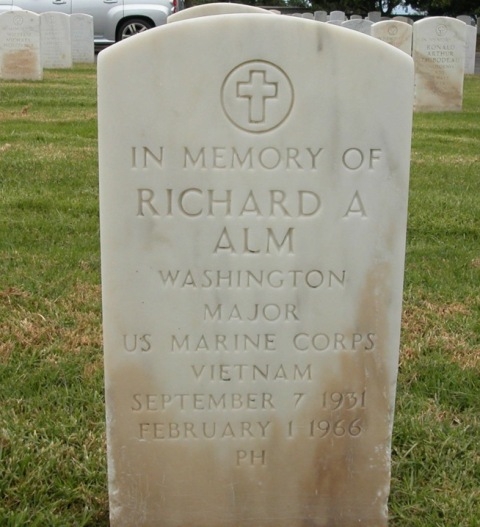 He was the Co-Pilot for aircraft 809 that was shot down over the Gulf of Tonkin in Vietnam. On February 1, 1966, a U.S. Marine Hercules tanker was operating in the Gulf of Tonkin near the coast of North Vietnam, about 10 miles north of the island of Hon Co. During a refueling operation, the tanker was hit by ground fire and crashed into the ocean. All crew on board the aircraft were considered to have died in the crash of the plane. Date of crash: 1 FEB 1966